GOOSEGRASS
Goosegrass (Eleusine indica) is a late-germinating summer annual weedgrass. It is often found in compacted areas, high traffic areas, areas recently disturbed or areas with poor turfgrass cover. These areas often include compacted areas next to sidewalks or cart paths, golf course tees, and areas were soil is disturbed during the season. Germination typically starts about two to three weeks after crabgrass germinates - in early May in most Midwestern and Northeast states. Goosegrass is more common in warm season turf areas, as well as the Mid-Atlantic States. It is less common in northern areas of the Midwest and Northeast 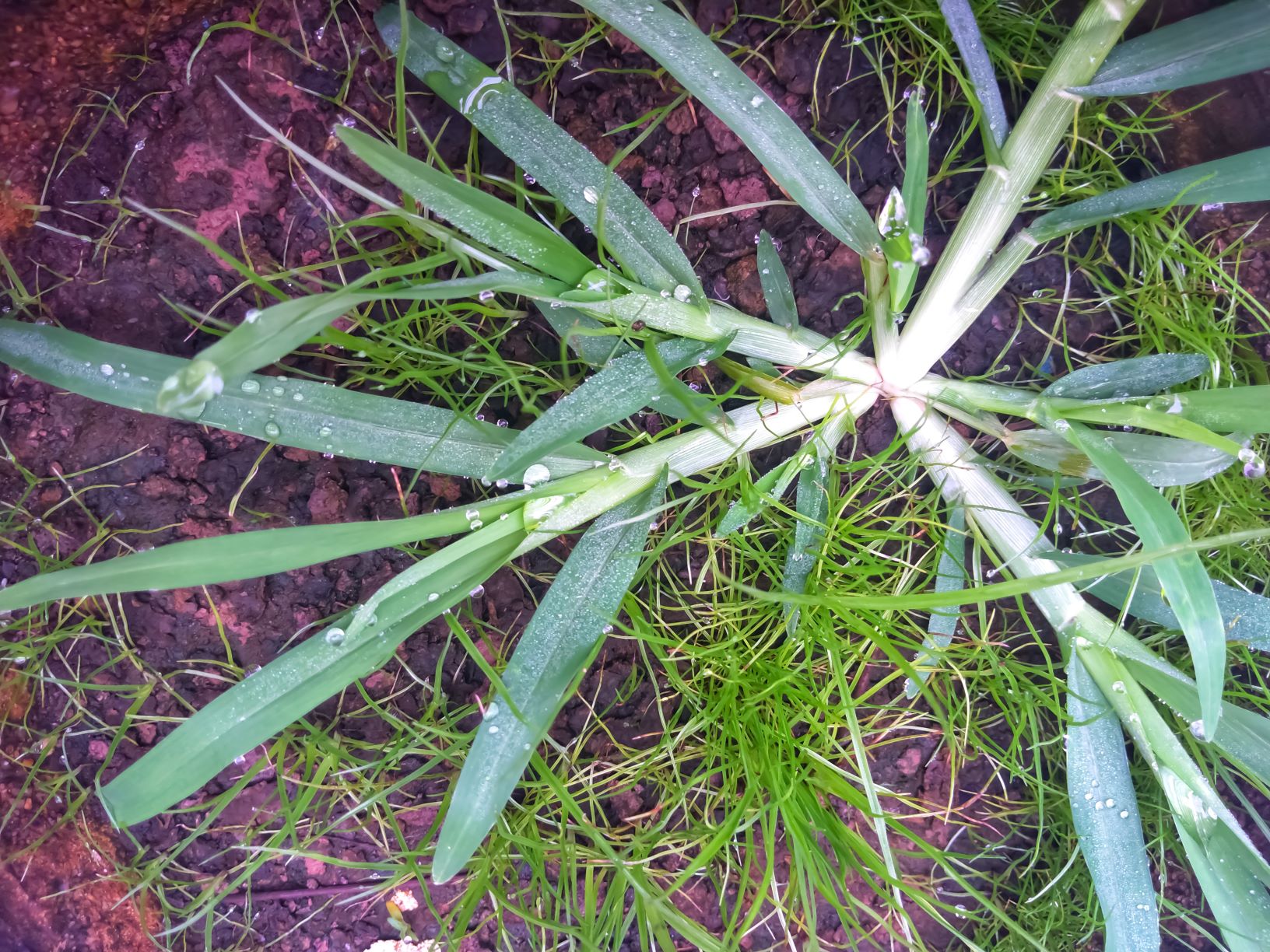 Goosegrass is often confused with crabgrass because the two weeds look similar. Goosegrass is most easily identified by its whitish, flattened stem and prostrate growth habit. The seedhead usually contains two to five racemes with the seeds arranged in a herringbone pattern.

Active goosegrass plants are killed by autumn’s first frost. But, like crabgrass, goosegrass seeds are relatively hardy and can reside in the soil for up to several years before germinating. Therefore, it is difficult to totally eradicate heavy infestations of goosegrass in one season.
An effective way to prevent goosegrass is to encourage a dense stand of desired turfgrass species. Supply adequate nitrogen to maintain a dense canopy of desirable turfgrass. Apply nitrogen fertilizer in early autumn and, if needed, in spring when cool-season grasses are more competitive than goosegrass. Mowing at the highest height recommended for your turfgrass species can also significantly reduce goosegrass infestations, when compared to a low mowing height. 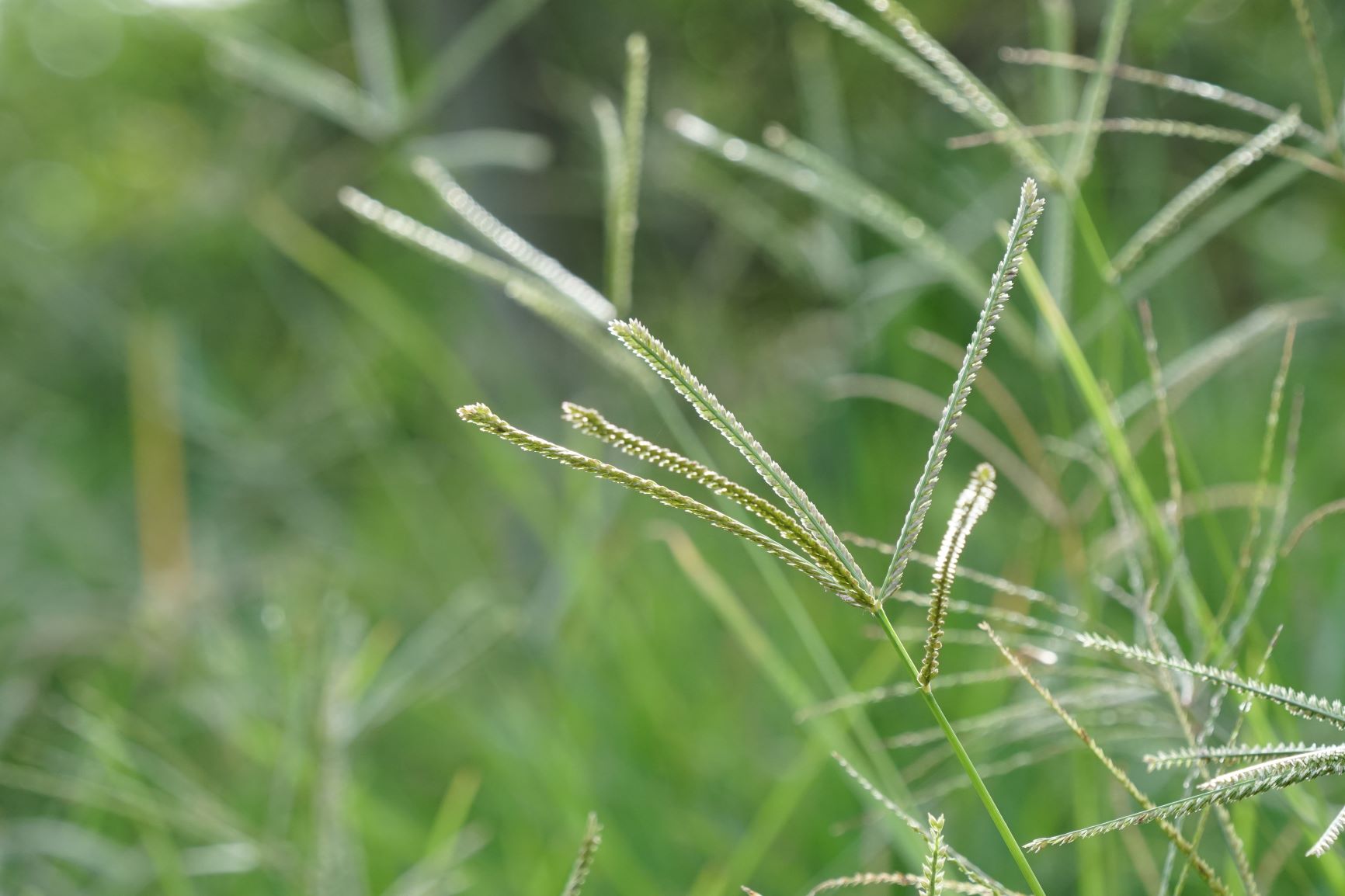 Pre-emergence herbicides are more generally more effective and economical for goosegrass (and crabgrass) control than post-emergence herbicides. They are also widely available in combination with an appropriate spring fertilizer. Typically, a treatment for goosegrass control will also provide crabgrass control – if the application is made and watered in before the crabgrass germinates. Most pre-emergent herbicides will not control goosegrass after it germinates. The length of control is also important – to control late germination. So choose the application timing carefully – or use two herbicide applications spaced up to 90 days apart. See product label for additional information and limitations on split applications.

Pre-emergent herbicides should be applied to well-established, mature turfgrass. Do not apply the pre-emergence herbicides listed below if you plan to seed several weeks after the application, as most of these herbicides can kill turfgrass seed and seedlings. See the specific product label for more information on use before or after seeding, even if seeding was conducted the previous autumn.
LebanonTurf® offers several herbicide products that are labeled for pre-emergence control of goosegrass, including the following:

Other options can be found in our weed control product section.

All products are applied with a dry granule spreader. Products are generally applied in the spring or early summer when goosegrass is the target weed. Follow all specific label directions when using these products.