The Importance of Organic Matter in Soil Fertility

One of the most overlooked and neglected components in successful fertility management is the role that organic matter plays.  Soil organic matter (SOM) is the very foundation of soil quality and healthy plants which we all are ultimately judged against.  Efficient soil and fertilizer management practices starts with organic matter and feeding the microbes in the soil.  To be fair, soil organic matter can be a confusing topic.  So, let’s break it as simply as we can. 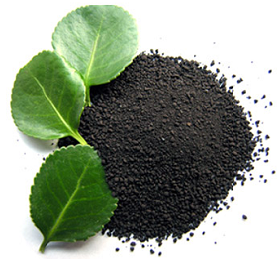 Each of the parts listed above plays a vital role of the process for constantly creating SOM in the soil.  The “fresh” stage material decomposes at a rate of 10:1, meaning for every 10 pounds of organic material, 1 pound of “humus” organic matter should be generated.  For this “fresh” organic material to turn into organic matter during the “active” stage, it must be converted by microorganisms into “humus”, a resistant decomposed state that benefits the soil.  What’s important to understand about this process is that it is slow and takes time to happen, but it is always happening.  Which is one reason that it should be monitored and managed effectively to optimize soil health and fertility for the turf.

What Does Soil Organic Matter Actually Do?

The short answer is…a lot.  Here are the highlights as they pertain to turf maintenance.

Moisture absorption and retention are some of the most important contributions of soil organic matter.  Research has estimated that each pound of carbon in the soil can retain up to 40 lbs. of water.  An acre of soil at a 6” depth weighs approximately 2,000,000 lbs. and if that contains 1% organic matter, we can estimate that it has 20,000 lbs. of total organic matter.  Furthermore, if we estimate that the organic matter is 40% carbon, then it contains the equivalent of 8,000 lbs. of carbon.  So ultimately, we can calculate that the soil can hold 40 lbs. of water for each lb. of carbon; resulting in 320,000 lbs. of water or approximately 40,000 gallons of water per acre at 1% organic matter (8.3 lbs./gal water).  Since water usage on golf courses and home lawns constantly come under fire, maintaining an optimal SOM percentage allows for a healthier lawn that requires less watering or irrigation use.

Soil organic matter contains, attracts and holds multiple soluble plant available nutrients so they are retained by the soil and are available to the turf plant’s root system when they need them during the growing season.  In addition, as soil organic matter breaks down or is consumed by microorganisms, part of these nutrients ae released.  On average, each 1% of SOM in the top 6” of a medium textured soil (silt and loam soils) releases about 10-20 pounds of nitrogen, 1 to 2 pounds of phosphorus, and 0.4 to 0.8 pounds of sulfur per acre per year. 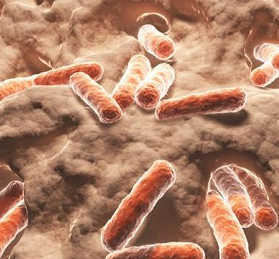 An adequate presence of SOM leads to an increase in the number and types of microorganisms in the soil, which can lead to reductions in plant pathogens, diseases and plant pathogenic nematodes.  As plants grow, the energy of the sun is trapped and stored.  Just as we get energy from eating plants, microorganisms in the soil get energy by continuing to break down plant derived organic matter.  The soil microorganisms include bacteria, fungi, protozoa, nematodes, and many other life forms that make up the soil food web.  The soil food web is fed in part by plant roots which pass sugars out into the soil to support microorganisms which eventually die and provide new available nutrients and minerals for the plant.  More organic matter leads to more microorganisms and leads to more available minerals and nutrients.

Organic matter reduces the chance of soil erosion because it acts as glue, sometimes reducing it up to 20 or 30 percent for only having 1 to 3 percent of organic matter.  The greater the SOM, the less likely you are to lose any valuable soil during heavy rain events or high wind situations.

Organic matter also works as an efficient air filtration system.  Carbon dioxide in the environment is transferred into the soil and helps off-set emissions from fossil-fuels and carbon-emitting activities.  This transfer can enhance the long-term productivity of the soil as well as enhance the soil quality.

Soil testing is an essential and affordable practice to improve the percentage of organic matter within the soil.  This is done by taking plug samples from the soil, typically at the depth of the root zone.  The results of this analysis will tell the percentage of organic matter that the soil currently contains and typically provides estimated recommendations for the N, P, K and micronutrients for the specific turf type you provided with the soil test.

How to Improve the Percentage of Soil Organic Matter

There is no set rule on how much organic matter the soil needs to have to maintain healthy turf, but typically, organic matter ranges from anywhere from 1-6%.  Generally, a home lawn with organic matter above 3% is ideal.  For reference purposes, soils that range from 12-18% SOM are considered to be organic soil.